Thanks for popping in to check out our final hoorah / live stream event for Melody Ave before we move into a bigger better space!

Here are some photos of the event by Vince and Sandra: 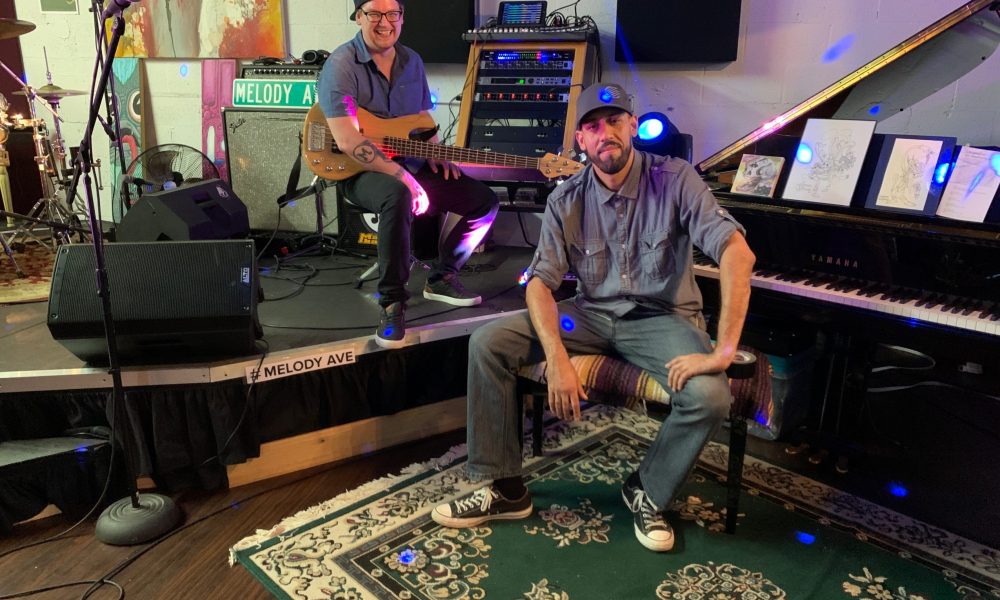 We’ve been here in this building since 2014 shortly after the creation of the Sunjamz live music event took place. Sunjamz was an event focused around local talent and original music. There were a lot of creatives in this area at that time. Dream House Studios,  Creati videography, Xavi party, Edub musicmon, and a ton of local artists. So we felt safe here, and after almost seven years, its sad to leave!

We’re very excited to be joining more awesome creative individuals in our new location at 4010 Georgia Ave. It’s about five minutes south near southern and dixie. The building has talent already! Spred the dub, Adam sheets, and Roots shakedown. Also, right next door, a new complex is being put together by subculture company and Rodney Mayo, called the Peach. With six units in total, it is currently occupied by Craig McInnis, Ates, and Dan to name a few. The property also features a historical carriage house that has been repurposed as a restaurant, soon to be operated by Troys BBQ.  Saturday, April 24th, from 1-8, Craig hosted his soft opening. The first event at The Peach! All in all, we are very excited to be joining a new area surrounded by like minds and in a place that we can be hopeful for the future of live music!

During the event we released my band Raised By Wolve’s FIRST music video and single titled Banana, which is now also available on YouTube. Following that, we will showcase a few original videos from local artists. Violet Silhouette, who just released their first album and music video yesterday.  Followed by Bermuda Tribe who will then have a short live performance right after the videos.

For even more videos, please check out our website melodyave.com/videos. We have great content on there from Sierra Lane, Jesse Ricca, Public Sounds, Allegra Miles and many more

I just want to thank everyone who has booked sessions with us and for all the support the community has given us over the six years! Any thank all of you for sharing our content!

Big thanks to Sons of a Tradesman for the live music, and thanks for coming out on short notice and helping us take this send off to the next level!  Please Please, drop us a review on Yelp or Google!

Are you a band, musician, photographer, artist, production company, or another type of creative professional? You can submit your work to us to be featured in our website, app, and marketing channels.